Posts with the tag ‘WWI’

Solvi’s Story: The Shadow of WWI 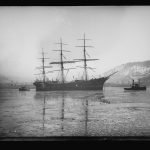 My novel Searching for Nora has two story lines: one about what happens to Nora Helmer, the character from Ibsen’s play A Doll’s House, and the other about a young university student in Norway right after the end of World War I. Nora’s story is set mostly in the 1880s, but Solvi’s story begins in 1918, nearly 40 years later. I did this for several reasons. I have long been fascinated by the generation of women who came of age during the Great War, a generation marked by an explosion of opportunity for women in nearly every part of life….