Solvi’s Story and the Spanish Flu 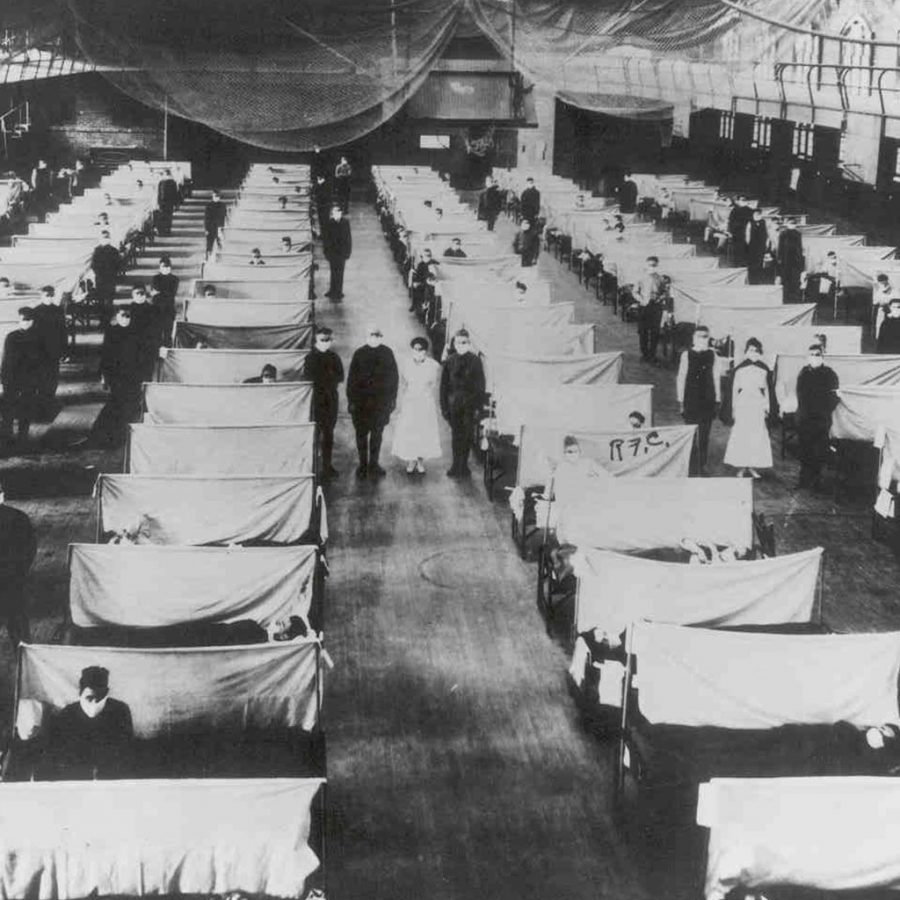 I hate to admit it now, but I’ve always had a morbid interest in the 1918-1919 Spanish flu epidemic. World War I and its aftermath has also been of deep interest to me for a long time, so there was something about the world-wide sweep of the Spanish flu, and the horrific conditions of trench warfare that amplified its spread, that made it particularly fascinating.

So I put the Spanish flu into my novel Searching for Nora. It shows up at the beginning of the secondary story line, when Solvi Lange, a young woman with a camera, takes a shot of a schooner in Bergen, Norway, unloading two stretchers. It ’s October, 1918. Emergency hospital for the Spanish Flu Epidemic of 1918.

Solvi’s story is about the girls who came of age at the end of World War I, a generation of bold young ladies who took the rights their mothers had fought for and used them to forge new paths. Solvi, raised in the harbor town of Bergen, first flexes her independence by refusing a marriage arranged by her mother and grandfather. She wants to attend university in Kristiania, but they will hear nothing of that. So instead of working on her trousseau, Solvi prowls the Bergen waterfront with her camera scanning for German U-boats, which preyed on Norwegian merchant ships during the war. Solvi has a journalist’s eye for images that tell a story, and that’s when she spots the schooner unloading stretchers in the early morning mist.

Those stretchers prove to the first evidence that the Spanish flu had come to town. Within a few weeks, Bergen shuts down, as the authorities grapple with a rising death toll. Solvi’s mother, in a primitive attempt at social distancing, locks her only child in a bedroom. Solvi, furious, shouts that she should be the one standing in bread lines and searching for milk rather than her mother. What Solvi cannot admit is that she has a deep hunger to photograph what is happening. One afternoon, she bribes the maid into letting her out, and she roams the city taking pictures of houses draped in crepe, then a line of hunched figures outside the hospital, and finally, sickeningly, a wagon stacked with bundled corpses. She cannot stop herself.

To write this part of Searching for Nora, I read several books, most notably John M. Barry’s The Great Influenza: The Story of the Deadliest Pandemic in History, which is a comprehensive account of the range and gruesome details of the Spanish flu. For a personal recollection, I read Katherine Porter’s novella Pale Horse, Pale Rider, a harrowing fictionalized account of Porter’s experience as a young woman in Denver nearly dying of the flu and surfacing to find that her beloved, who was in the army at a nearby post, had succumbed to the illness. There is one particularly haunting passage about the heroine’s fever dreams during the worst hours that I will never forget.

These books helped me understand both the dynamic of the pandemic and the experience of families as they struggled to save the sick without falling ill themselves. In Solvi’s story, her grandfather is the first in the household to get the flu, and he dies of cardiac arrest as he is burning papers in his office. One singed photo of a family from an earlier era survives in the ashes, and is passed to Solvi after the maids clean the stove. As soon as she sees it, she knows the image tells a story, possibly about her family; she just doesn’t know what the story is.

Soon, Solvi’s mother also succumbs to the flu and is carried off to bed. With that, the maids release Solvi from her confinement. After the doctor tells Solvi what to do, Solvi settles in at her mother’s bedside, the mysterious photograph in her pocket.

In writing about Solvi’s experience nursing her mother, I stuck to the facts, but it was hard to avoid sounding like I was exaggerating. The Spanish flu often triggered a cataclysmic immune-reaction assault on the body. It routinely killed previously healthy people in just a few days. Symptoms included headaches so severe some people went blind; blood pouring from the nose, mouth, eyes and ears, which attendants found particularly horrifying; lungs filling with fluid and disintegrating internally, causing low oxygen levels that turned victims’ lips, ears, cheeks and fingers blue; and often a mental melancholia that could progress to hysteria and delusions. One doctor noted that if the feet turned black, death was inevitable.

In the course of the illness, Solvi’s mother grows agitated about leaving Solvi an orphan, as Solvi’s father is already gone. At the lowest moment, when her fever is at its worst, she begs Solvi to promise she will marry the young man selected for her. But Solvi will not, cannot. When Solvi’s mother sees her daughter’s refusal, she turns away and soon slips into a coma. Solvi – torn, angry, bereft – waits for her mother’s death.

As it turns out, Solvi’s mother does not die of the Spanish flu. But when she recovers, she cannot forgive Solvi for refusing her deathbed request. And this rupture catapults Solvi into her adult life. Pandemics alter families and individual lives, as well as the world. The Spanish flu serves as the springboard for Solvi’s burgeoning desire to find her missing family and to follow her calling. She soon leaves for Kristiania with her schools books, her camera, and the mysterious photograph.