Other Sequels to Ibsen’s A Doll’s House 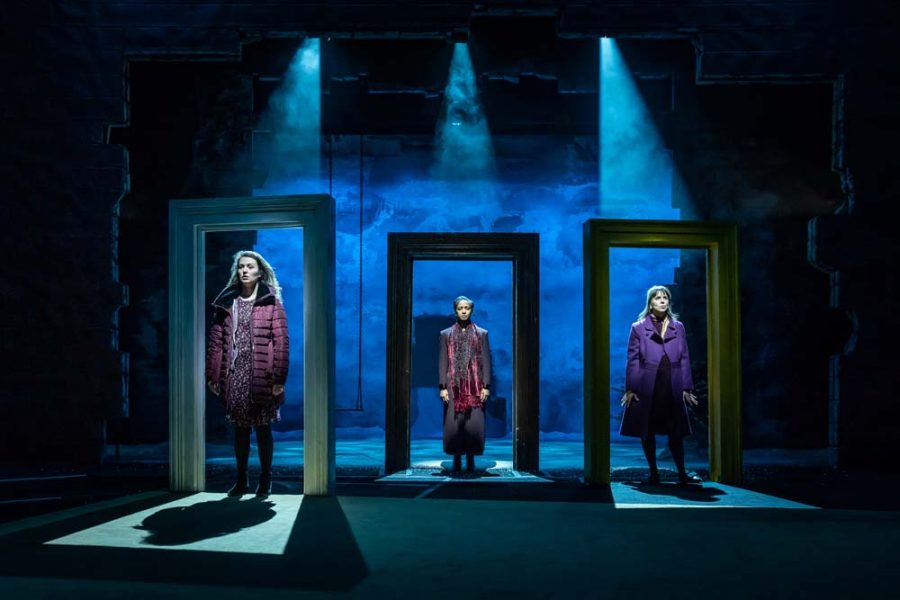 There is something about the unfinished quality of Henrik Ibsen’s play A Doll’s House that has been inspiring sequels ever since the play premiered in 1879. Some sequels punish Nora, some send her back home to care for her children, some set her free. I choose to give her a novel and two continents to roam while searching for love, family and her true self. Here’s a sampling of other follow-on works with different outcomes for Nora:

There were several sequel plays in England and Europe almost immediately after A Doll’s House premiered in Copenhagen, including one British parody with a Nora portrayed as a weak, foolish girl who laments that she isn’t good enough for Torvald and who, in the end, stays in her marriage.

In 1890, the English novelist Walter Besant published “The Doll’s House and After,” in which Nora develops a shady reputation as a novelist and comes home to find her family in tatters. Torvald and Ivar are alcoholics, and Bob has become a forager. Her daughter, Emma, has drowned herself over an affair with a young man who turns out to be the son of Nora’s blackmailer, Krogstad. Nora attends Emma’s funeral with a hardened heart and is chastised by her friend Kristine. In response to Besant’s article, American writer Ednah D. Cheney published a short story as a diary in which Nora spends years doing charitable work. She returns to nurse Torvald through a cholera epidemic and he eventually comes to appreciate her compassionate nature, likening her to Michelangelo’s “Pieta” and Joan of Arc. They are reunited, and Nora finally gets the equal marriage she always wanted.

In “A Doll’s House Repaired,” published in a progressive English paper in 1891, Karl’s Marx’s daughter Eleanor Marx and Israel Zangwill rewrote the third act of Ibsen’s play. After leaving and slamming the door, Nora returns – full of contrition – and submits to Torvald’s proposal that they live together platonically. Torvald then slams the bedroom door on Nora.

My personal vote for wackiness goes to a 1924 play Out of a Doll’s House by a Japanese scholar named Tanaka Chigaku, who was both a Buddhist preacher and ultranationalist propagandist. (In 1911 he wrote a work that portrayed a radical 13th century Buddhist priest named Nichiren as champion of the Japanese nation, and called for world unification through Buddhist Nichirenism and the Japanese emperor.) Why Chigaku wrote a sequel to A Doll’s House is not clear, but his play is set in Italy several years after Nora has left Torvald. She goes to a convent, but it’s not for her. Instead, she travels to Paris to train as a pilot. She hears that an Italian company is planning to promote world peace with a series of flights to East Asia. She discovers that Krogstad (the blackmailer) and her friend Kristine run the company, and that Torvald now works for them. Torvald, filled with remorse for the breakup of his marriage, apologizes and he and Nora are reunited through their mutual desire for world peace.

In 1969, Danish playwright Ernst Bruun Olsen wrote a folk comedy called Where Did Nora Go When She Left? Nora joins with the workers and other oppressed groups to fight bourgeois society. Olsen’s play is echoed a few years later in a 1979 play by Austrian Elfriede Jelinek (a self-identified feminist writer and winner of the Nobel Prize for Literature in 2004.) In What Happened After Nora Left Her Husband or the Pillars of Society, Nora becomes a factory worker, freeing herself from her bourgeois role as wife and mother. Later she returns to a second doll’s existence by marrying a capitalist magnate.

Meanwhile, in the United States, author Clare Booth Luce wrote the one-act play A Doll’s House, 1970, or Slam the Door Gently. Nora lives a middle-class life in suburban New York and takes birth-control pills to protect herself from the burden of children while relying on education to save her from ignorance.

In a 1981 essay by Argentine-German writer Esther Vilar, “Helmer or A Doll’s House: Variations on a Theme by Henrik Ibsen,” Nora returns, only this time it is she who treats Torvald as the doll. In a 1982 play by Norwegian Tormod Skagestd, Nora Helmer, Nora returns the next day and she and Torvald continue in the house together but separated, at Nora’s insistence. Torvald tries to win her back by spoiling her with presents he finances by stealing from the bank. Krogstad, by now the manager of the bank, discovers Torvald’s crime and gets the upper-hand over the Helmers again.

Along with this odd line-up, there are two more recent sequels. A Doll’s House, Part 2, a play by Lucas Hnath that premiered in California in 2017, ran on Broadway for several years with Laurie Metcalf in the role of Nora, and is now being staged in regional theaters across the U.S. Fifteen years after Nora leaves her family, she returns to get Torvald to finalize their divorce. She has become a successful feminist writer, with a full life of affairs and adventures. During that time, however, she’s had no contact with her family. Torvald, the nursemaid Anne-Marie, and Nora’s daughter Emma all find Nora’s return deeply unsettling, touching off recriminations from all sides. The other new play is a retelling of Ibsen’s play by Scottish playwright Stef Smith, Nora: A Doll’s House, which reframes the story of Nora in three different periods: during the fight for women’s suffrage in 1918, in the swinging sixties, and in modern day Scotland. The production, originally produced at Citizens Theatre in Glasgow, is now playing at the Young Vic Theatre in London.