Nora and the Shadow of Prostitution 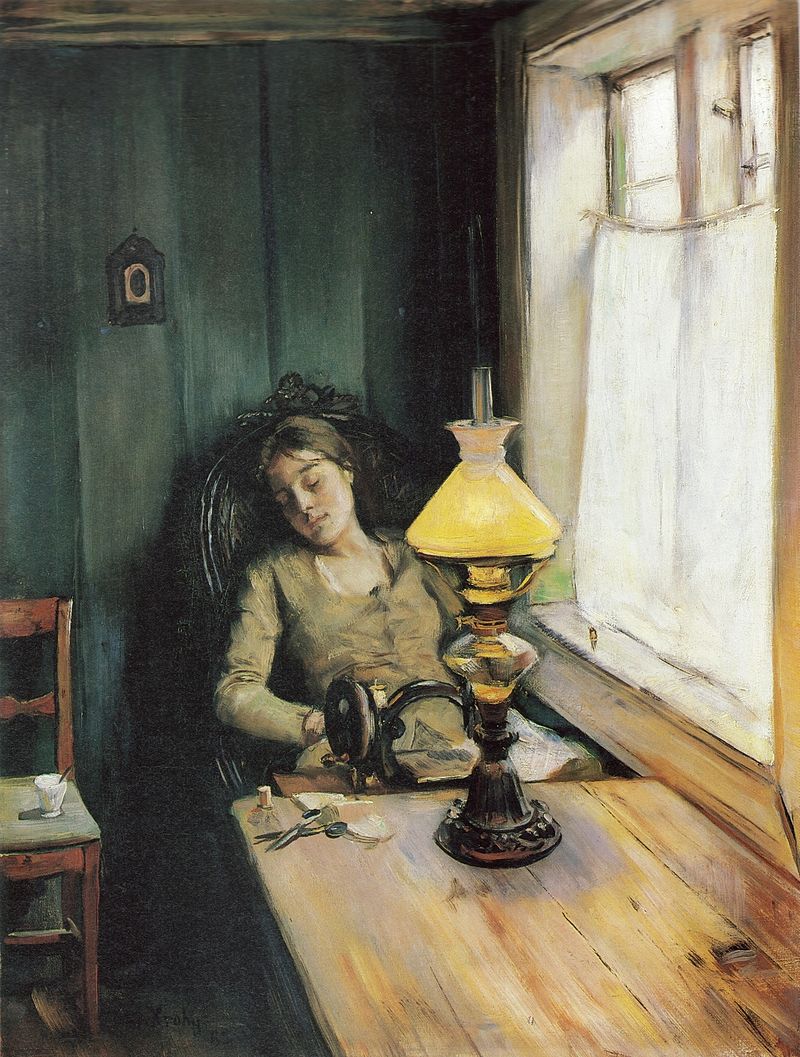 When Nora Helmer – the heroine of Henrik Ibsen’s play A Doll’s House – walks out on her difficult husband, most modern audiences respond with applause. The moment feels like a leap of liberation, the first step toward a better life.

But it turns out that the audiences of Ibsen’s day would have responded quite differently. As  I was working on Searching for Nora, my sequel to A Doll’s House, I did months of research on Norway in the 1880’s so that I could keep the book rooted in Ibsen’s world. And what a different world it was, particularly for women. I discovered that Nora would have had few rights, little property, and limited job prospects. As a married woman, everything she owned belonged to her husband, from inheritances to the clothes on her back. By leaving her home, she would have forfeited her right to care for or see her children. And as a society lady, she would have been ill-suited for most service or clerking jobs, and educated for little else.

Along with these limitations, leaving her husband also meant Nora would have lost her protector and provider. And that is why Ibsen’s audiences would have gasped when she slammed the door at the end of the play. Her action didn’t look like liberation to them, it looked like suicide; either a quick one into the fjord, or a slow one by starvation and prostitution.

The question of sexual morality hovers over Ibsen’s play. Nora dances a provocative peasant dance and flirts with their bachelor friend Dr. Rank. Nora’s husband Torvald is sexually possessive of her, and likes to think of her as a fresh young bride rather than a mother of three. And does Dr. Rank have tuberculosis of the spine, as he claims, or is it syphilis, as Ibsen seems to hint? Syphilis would have meant he was seeing prostitutes, which was not uncommon among men of Rank’s class.

Later in the play, when Torvald discovers that Nora has forged a signature on a loan, he turns on her, calling her “criminal” and “disgusting,” and accusing her of “no religion, no morals.” When Nora pulls away and says they can no longer stay together, he panics, knowing (as Ibsen’s contemporaries knew) that her leaving would expose her to the threat of prostitution. How else would she earn her keep, after all? Torvald begs her to stay, saying “I will guide you and teach you,” and appeals to what he calls her “sacred duties,” those of wife and mother. He’s almost begging her to be moral.

In that time, women of Nora’s class were not permitted (by custom or law) to navigate the world much on their own; indeed, Nora had likely never been out at night alone before. For a woman like Nora – an unprotected beauty with little family and few employable skills – trying to live on her own could easily have led to the brothel door.

No one in A Doll’s House speaks explicitly about this but during the time the play premiered Norway was experiencing an explosion in prostitution. The migration of many working men to America had destabilized both the Norwegian economy and society, and left numerous women with no other way to support themselves and their children. Prostitution was frowned upon but not illegal, and so became the choice of last resort. It got so bad that the government built public brothels to house the women and manage the spread of sexually transmitted diseases.

And it was not just a whispered concern. A few years after A Doll’s House opened, one of Norway’s most accomplished painters, Christian Krohg, wrote a book about a poor young seamstress named Albertine who struggles to keep from being sucked into prostitution, only to be tricked and raped by a policeman. She ends up being one of the most flamboyant whores on the street. It’s a devastating story, and when it was published the Norwegian government confiscated and destroyed most of the copies. Krohg, determined to keep the topic alive, then painted several poignant scenes from Albertine – prostitutes lined up for medical tests, Albertine slumped in exhaustion beside her sewing machine, Albertine sitting on the edge of a bed in her shift, in despair. A few years later the government closed the brothels and outlawed prostitution.

In doing this research, I became fascinated by Krohg’s work and how the threat of prostitution would have shadowed Nora. I wove Krohg’s story into my secondary story

line, which is about a young photographer named Solvi who takes up the cause of impoverished prostitutes. A Nora of our day would have many rights and opportunities. But for Ibsen’s Nora, striking out on her own would have been a dangerous choice. I wrote Searching for Nora to see if our heroine could find her way past the dark forest of prostitution that was so prevalent in Ibsen’s day.