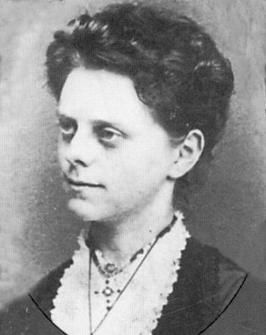 Ever since I first read Henrik Ibsen’s play A Doll’s House, I’ve been fascinated by the character Nora Helmer. There’s something so real and immediate about her, it’s uncanny. She’s beautiful, warm-hearted and charming, but also manipulative and vain. She appears flighty and dithering, then in the next moment she’s secretly solving family problems. She’s so complex, so layered, it’s as if Ibsen knew someone like Nora and was trying to pin her to the page.

In fact, he did know someone like Nora – a charming and dynamic young Norwegian named Laura Petersen. He met her eight years before he wrote A Doll’s House, after she sent him a play to read. Laura aspired to be a playwright and had written a sequel to Ibsen’s breakout play, Brand. She wanted his opinion, possibly his endorsement.

Unlike A Doll’s House, which remains one of the most-performed plays in the world, Brand is not popular today. It is Ibsen’s last heroic verse play, a twisting narrative about a priest who struggles with God and nearly everything else. It’s a scorched earth of a play, with philosophical questions and dilemmas front and center. There are folkloric figures (like Gerd, the wild woman, who is hunting a hawk), and a killer glacier, and the death of a child even though there might be a way to save him that Brand decides is against his principles. Or something like that; it’s rather hard to say. The play feels like a discussion of 19th-century religious questions twined around the dueling worlds of romantic heroism and stark reality. In the end, it’s clear that Brand is an uncompromising figure, one who answers only to himself, which was one of Ibsen’s enduring themes.

Despite what we might think of Brand now, the play established Ibsen as a serious Norwegian literary light and important European playwright. So it was a bit cheeky of Laura Petersen to write a sequel to it. More interestingly to me, however, is that the play she wrote was called Brand’s Daughters. I don’t know any more than that – I could find no evidence that her play survived. Perhaps Brand’s daughters are more compromising than Ibsen’s priest, but then again, maybe not. At first Ibsen was offended by Laura’s audacity, but they soon became friends and he encouraged her literary ambitions. In truth, he was quite enchanted by her – this young woman with a writer’s mind who dared challenge the famous playwright. By all accounts she was charismatic and lively. He called her his skylark. For those who remember A Doll’s House, Nora’s husband Torvald calls her his skylark.

Laura Petersen soon married a Dane named Victor Kieler, and took his name. They had several children, and then Victor came down with tuberculosis and was ordered by his doctors to move to a warmer climate, hopefully Italy, where life was inexpensive and the weather more hospitable. To finance their trip, Laura got a loan without her husband’s knowledge. They went to Italy; he recovered. Then, a few years later, the secret loan needed to be repaid and Laura didn’t have the money, so she forged a check.

Sound familiar? This is almost exactly what happens to Nora in A Doll’s House. And, like Nora’s husband Torvald, Victor Kieler did not respond well when he learned of his wife’s forgery. He treated her like a criminal and removed her from the children, saying she would never be allowed to care for them again. At that, Laura suffered a nervous collapse, and Victor had her committed to an asylum. A very nineteenth-century solution to the problem of a problem wife.

Laura eventually persuaded her husband to take her back for the sake of the children, but when Ibsen heard her story, he started writing A Doll’s House. Based on Laura’s experience with the asylum, I threaded this element into my book:  after Nora leaves home, Torvald sends the police to find her so she can be taken to an asylum for proper care. For a woman of Nora’s class, fleeing her husband and choosing to live in poverty could only be explained by society as a sign of nervous collapse. Ibsen also knew that the actions of women who waded into men’s business – borrowing money, solving family problems, as Laura and Nora try to do – would also be interpreted as insanity. In his notes about Laura’s case, he penned one of his most famous quotes:  “A woman cannot be herself in modern society, with laws made by men and with prosecutors and judges who assess female conduct from a male standpoint.” Laura’s courage and sorrow inspired the first play to take on the broad issue of women’s rights.

So what did Laura Kieler think when she read A Doll’s House? According to Ibsen’s biographers, she was furious. She felt that Ibsen had exposed her sordid story to everyone, knowing they would see her fate in Nora’s experience.

I’ve tried to imagine the moment when she asks Ibsen why he did it. She’s standing in his parlor in her coat and hat, possibly trembling – with anger, hurt, and righteousness. Because, after all, it’s her story and he didn’t ask permission. I see Ibsen rise from his chair and try to approach her, but she’s having none of it. I don’t know what he says to her in his defense, but I suspect that somewhere in his writer’s head, he’s thinking:  how could I not write this play? Laura’s experience was both intimate and larger-than life, a searing glimpse inside a collapsing marriage and at the same time a towering story calling for societal change. To make a play from it was Ibsen being uncompromising, throwing a Molotov cocktail into those staid Victorian parlors. Once he had crafted A Doll’s House, it’s likely he felt justified in taking Laura’s story and making something revolutionary about it. But she could never forgive him, and their friendship withered.

I can understand Laura’s fury over having her private affairs staged across Europe, but I suspect she missed the deeper compliment that Ibsen paid her. Thanks to him, Laura Kieler lives forever. He caught her character and set her in amber for all the world to see. This charming, maddening, enchanting young mother and wife – taking on things almost beyond her ken to save her family – this is Nora and, I suspect, also Laura Kieler. There is hardly a literary character that’s been painted so deftly, with such aching detail. Nora’s conflicted character, yearning heart and impetuous practicality made her unforgettable. I’m sure Laura Kieler was unforgettable as well.