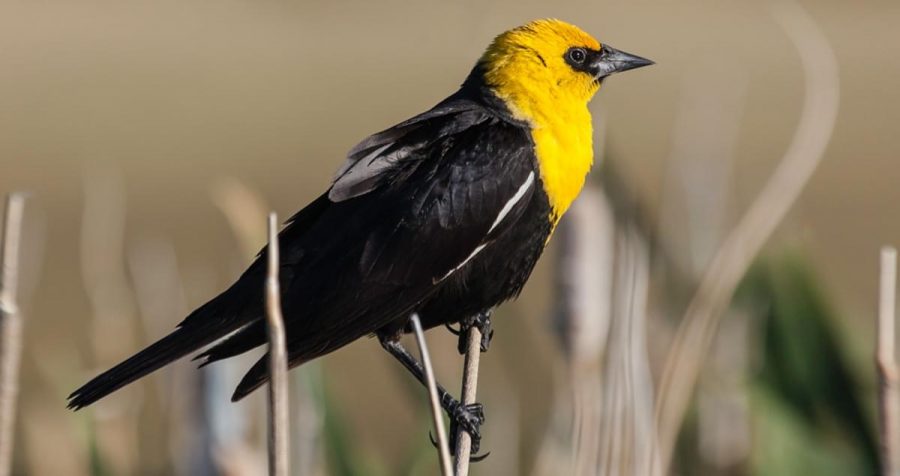 When I was working on my novel Searching for Nora: After the Doll’s House, I spent many hours driving around the beautiful open prairie of western Minnesota and the Dakotas. I grew quite enchanted by the land, with its huge bowl of sky and tall grass dancing in the wind. I was particularly fond of the birds I spotted – goldfinch, grasshopper sparrows, bobolink – that burst from the scrub along the road as I whooshed by. I loved the yellow-headed blackbirds best. Being from the east coast, I’d never seen one before. Sometimes I drove along the empty roads just counting yellow-heads.

So when I read the news this week that bird populations in North America had dropped 30 percent since 1970, I immediately thought of the yellow-headed blackbirds and the other wonderful birds I spotted while researching my book. As a writer of historical fiction, and someone who watches birds, I had wanted to know which species were present during the 1880’s when my character Nora Helmer found herself stranded in a sod hut. The birds mattered because I wanted to sprinkle my prairie narrative – a harsh and challenging story – with signs of life and hope. When writing historical fiction, I found that the small, tender details – the meadowlark singing from the well crank or the horned beetle cradled in the hands of a small boy dealing with his mother’s death – brought the world of the story to life like nothing else.

To that end, I had Nora settle near a lake known as Lac qui Parle, French for the “lake that speaks.” The early French trappers named it that, probably for the great flotillas of noisy ducks and geese landing there during the fall migration. I later learned the Wahpeton, the local Native Americans, called it “the lake that whispers.” Whether it spoke or whispered, I took it as confirmation that the lake had been an important stopover for birds. It made me remember great flocks of Canada Geese in my childhood that stopped on the Miles River, a tributary of the Chesapeake Bay. My parents had a home on the Miles, and in the fall we could hear the geese honking and clamoring continuously, even from quite far away. Sometimes, if it was still warm enough, we would sail out in our small boat to watch the bobbing, restless crowd. There were so many they looked like an island in the middle of the river.

But if I went back today to Lac qui Parle in Minnesota, or the Miles River in Maryland, would there still be huge flocks of migrating birds? I think of the pesticides used on the farmland of the Midwest, and the poisonous runoff of the mid-Atlantic region that contaminates the beautiful but fragile Chesapeake ecosystem. And it saddens me to think that we may someday find ourselves living in a time when there aren’t meadowlarks singing from the fence posts. The joy of reading or writing historical fiction always has a blush of nostalgia to it, the desire to reside, briefly through our imagination, in a world that has disappeared. I shudder to think of a future where we might only experience birds through books about the past. But in case that happens, I call on writers everywhere to put birds in their books. Bring the skies, trees and grasslands to life; let us hear the chirps and honks and astonishing birdsong. We need a record of what was once there.