Harvest Time on the Prairie 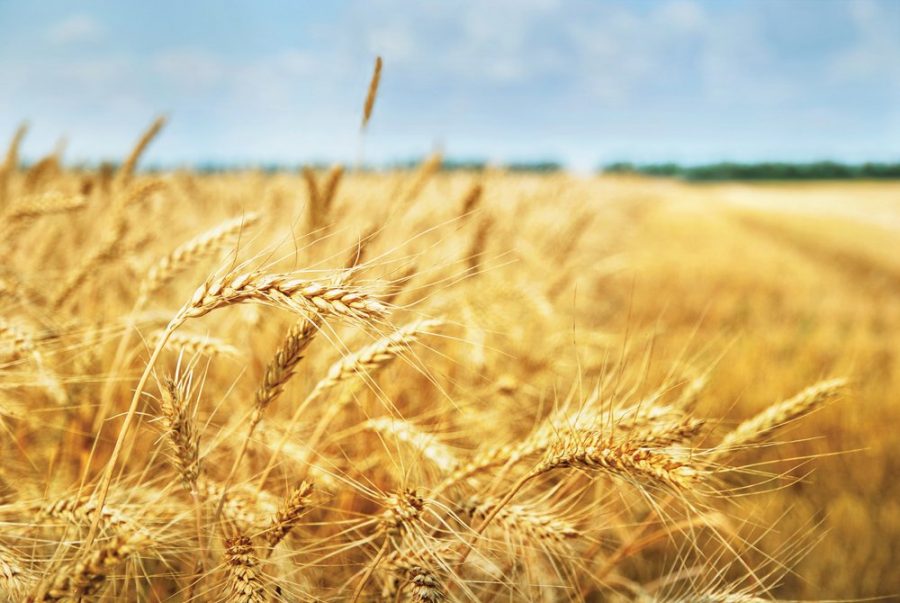 It’s not clear how many of the nineteenth-century settlers on the American prairie celebrated the official Thanksgiving holiday, which was not established until 1863. Many families must have had harvest feasts when they were finished gathering in what the land had produced, and as most settlers were religious in their orientation, they probably gave thanks to God.

But the truth is, prairie harvests were often not that bountiful. Most settlers planted a cash crop – usually wheat – and many planted some corn and alfalfa to feed their livestock, as well as garden vegetables that would keep through the winter, such as potatoes, turnips, squash and beans. The success of those crops, however, could be highly variable. The cash crop mattered most, because they needed money for goods like cornmeal, clothing and coal. Wood was not plentiful on the prairie, and could not be relied on as a source of heat. They sometimes burned dung, and occasionally twists of hay, but they would have needed coal to survive the harsh winters.

It’s no surprise, then, that the wheat harvest often mean the difference between life and death, and was notoriously fickle. Everything from birds to grasshoppers to windstorms to hail could damage wheat and seriously reduce the yield. If there was drought, crops could fail completely, and then the family had only what they could pull from gardens watered by hand and what they could buy after selling items from their sparsely furnished homes. Family heirlooms brought from across the ocean often met that fate.

Haying in the late summer and fall was also critical. Families dropped everything when it was time to hay, sending all hands into the fields to gather the cuttings before it rained and the hay moldered on the ground. They also would have been busy hunting in the fall. Most game was scarce, but migrating birds could be hunted and smoked, as well as fish, if there was a lake or stream nearby. Overall, however, prairie life was a hand-to-mouth existence.

As we approach another Thanksgiving in our bountiful twenty-first century, I find myself imagining how difficult harvest time must have been for prairie families as they counted their take for the season. Because once the harvest and haying was done, they would have known whether or not they would survive. Every summer was a race against time and weather to pull from the land enough to sustain them through the unpredictable winters and the early spring, which was known as “the starving time,” as that was when supplies were gone and the land was not yet producing. So harvest time must have been a period of stress and trepidation as they sorted their root vegetables, weighed their wheat and stacked their hay. Some years the harvest feasts may have been meager.

When I give thanks this Thanksgiving, I will also thank those courageous, vulnerable pioneers who persevered and somehow managed to grow a rich agricultural tradition from the plains. And be thankful that I don’t need to worry whether my harvest is enough to feed my children.