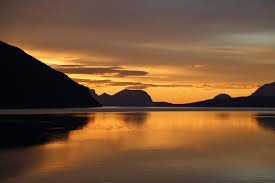 In the spring of 2008, my husband Charlie and I traveled to Norway so that I could better understand the country and interview historians and scholars as research for my book Searching for Nora: After the Doll’s House.

My historical novel is a sequel to Henrik Ibsen’s iconic play A Doll’s House, and I was interested in learning more about Ibsen’s day and the conditions that sent so many Norwegians of that period heading to America. I was also interested in seeing Norway and its people – what the countryside looked like, how the light fell, how the Norwegians carried themselves, what the cityscape could tell me.  I needed to be able to feel and visualize the world that Nora Helmer, my character, knew and understood.

Along the way I learned several interesting things about Norway:

1.  Norway is an intensely rugged nation, mountainous and slashed with fjords. Even today, it’s not that easy to get around, but in Nora and Ibsen’s day it was nearly impossible other than by boat. All that ruggedness, not surprisingly, made 19th-century Norway a fragmented nation. Many communities were isolated up steep fjords or in high valleys, cut off from others by mountain ridges or impossible terrain. During that period, Norwegians in different areas often spoke distinct dialects difficult for other Norwegians to understand. When Charlie and I took the train in late April from Oslo to Bergen (the two most important cities in Norway), we crossed a high mountain massif that still had about twenty feet of snow at the top. That’s what Norway is like.

2.  Norway has a relatively small population, and they all seem to know one another. This was very helpful for my research:  I had arranged interviews with a few important people, but when I met with them I found they had often brought in other experts in the field to join our conversation. Before I knew it, I had plenty of sources and more interesting discussions than I could have hoped for.

3.  I was writing about Norway in the 1880s, and before I went to see Norway for myself, I had imagined 1880s Norway as similar to Victorian England. But the Norwegian historians quickly set me straight. Norway was not wealthy in the 1880s the way England was. England had an empire; Norway had little more than cod, potatoes and timber. That meant that few people were wealthy, and those that were (or who were famous) would have lived in modest townhouse apartments, rather than manor houses or palatial townhouses. The King had a palace, but there was no landed aristocracy, as persisted in England at that time. This difference was important in how the Norwegians saw themselves and their place on the world stage during that time.

4.  Despite being a small and poor country in the 1880s, Norway was a cultural powerhouse. Ibsen, one of the most famous playwrights that ever lived, was part of a foundational generation of painters and writers and musicians that fueled the arts for decades. I found art museums filled with Norwegian paintings of the period (nice “snapshots” of life in late 19th-century Norway), and learned about both male and female Norwegian writers who, like Ibsen, were pushing social norms and challenging artistic boundaries. I became quite enchanted by Ibsen’s generation of artists; some of those people and their work made their way into my novel.

5.  The Norwegians are a fishing nation. I ate herring and potatoes nearly every day of my visit, sometimes for breakfast and dinner both. The cod fishery shaped their history and defined their economy for centuries. The historians also told me that nearly every Norwegian farmer during the 19th century would have worked the herring runs when they happened, dropping their farming tools and hiking down to the nearest coastline to volunteer on a boat for a share of the takings. The sea is ever-present in Norway; indeed, it’s next to impossible to get too far from it. This made me wonder what it was like for Norwegian immigrants to the American Midwest when they found themselves stranded on a vast prairie, weeks of travel away from a coastline. Little wonder, then, that when the settlers decided life on the prairie was too brutal (even for these rugged people), the majority headed farther west to Washington and Oregon, back to the sea.